The Rise of the Robots: Good for Bussiness, Bad for the Country

Home > Business  > The Rise of the Robots: Good for Bussiness, Bad for the Country 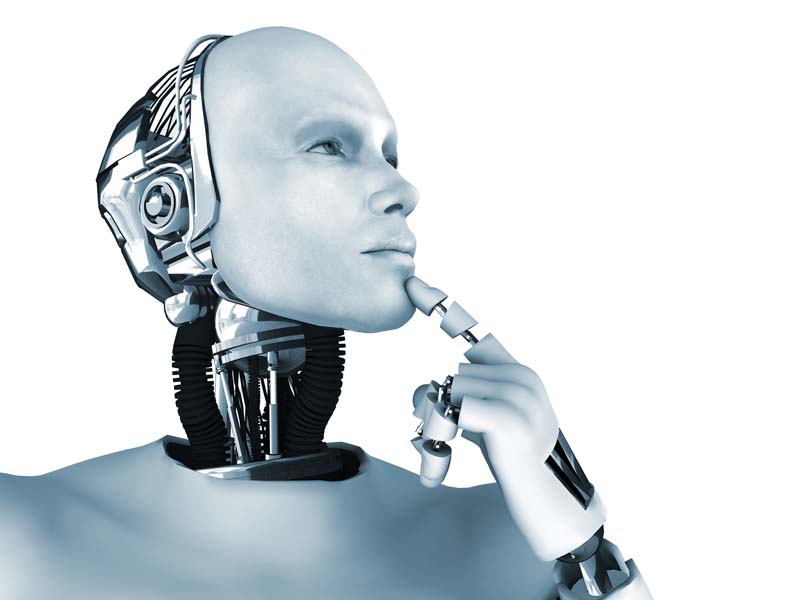 04 Oct The Rise of the Robots: Good for Bussiness, Bad for the Country

THE RISE OF THE ROBOTS: GOOD FOR BUSINESS, BAD FOR THE COUNTRY

Robots In Bussines Suits
Technology is rapidly moving forward. One area having a substantial impact on business productivity is Artificial Intelligence (AI) which is defined as computer systems performing tasks that require human intelligence. A good example of this is the growing use of robots in business.
The human cost – what jobs are at risk?
Take Starbucks the global coffee shop chain. Software analyses sales trends and other data to schedule when baristas (specialist coffee making and selling employees) should go to work.
Human resource (HR) functions are increasingly being taken over by AI. Research done by Oxford University predicts that 47% of the United States workforce could face having their jobs performed by computers. Major jobs affected include loan officers, receptionists, legal assistants, bartenders and many aspects of the HR function.

Another area is mapping people’s movements as they go about their daily tasks. For example a hospital in Boston has reduced costs by analysing these activities and has both reduced patients’ time in hospitals and shown an improvement in overall health care.

Many first world factories today use robots in the manufacturing process.

Technology has improved efficiencies and increased profitability to businesses.

However, it has a human cost – the Starbucks system does not acknowledge times of day (e.g. it might be 11 p.m.) and human realities such as childcare. This has caused disgruntlement within the Starbucks labour force. In addition, there are issues of human privacy in mapping staff’s actions. Undoubtedly these issues will be solved as the potential is too attractive to disregard.

Clearly, these trends are impossible to ignore and are – and will continue to be – a boon to business. They also benefit nations with strong education and good skill sets.

However in South Africa with our poor education, low skills and official unemployment at 25%, AI threatens to further undermine the country’s social fabric as job losses have the potential to cause more unrest. In the long term fixing the education system along with short-term interventions such as labour reform will better prepare the unskilled segment in South Africa.

What is clear is that some form of action is required. Technology is not going to wait for South Africa to address its problems.

So will robots be our future bosses?

Presently, the consensus is that AI relieves a manager of his/her simple tasks. AI does not understand human needs (see Starbucks above) and does not have the judgement a person has. However, technology is making rapid strides and in the longer term, AI will take on more management tasks. Already there are experiments being undertaken in the workplace. One interesting piece of research shows that people are receptive to being given instructions by robots.

Does your business planning take account of these future realities?
THE NEW CONSUMER GOODS AND SERVICES CODE: HOW WILL IT AFFECT YOU?

In 2013, the Office of the Consumer Goods and Services Ombud (CGSO) was set up as a voluntary organisation. Its main aims are to resolve disputes between consumers and suppliers and to set a minimum standard of conduct by suppliers when dealing with consumers.
A draft Sector Code (the Consumer Goods and Services Sector Code of Conduct) in terms of the Consumer Protection Act (CPA) has been published and is awaiting the signature of the Minister. This means that all applicable organisations will be required to register with the CGSO and be subject to the requirements of the Sector Code.

This will have a considerable impact on affected businesses, which will need to urgently prepare for the Sector Code. It is expected to become law early in 2015.

What will you be required to do?

If you operate in one of the above sectors, you will need to set up an internal complaints-handling process which will have the following features –
Proper records must be kept of all complaints. This includes the type of complaint, how it was resolved or why it was not resolved, remedies made available to the complainant, time taken to address and resolve the complaint. This data is to be used, inter alia, to highlight recurring complaints.
Relevant staff are to be trained to handle this process and to have knowledge of the Consumer Protection Act.
Signs are to be prominently displayed in business premises that the organisation is bound by the Sector Code with the logo of the Ombud’s office.
This will involve considerable time and resources to set up. It will also add to your cost as this new structure in your business will need to be funded (see below).

The CGSO – purpose, powers and funding

In addition to the aims set out above, the Ombud may resolve disputes by voluntary dispute resolution. A court or tribunal will need to ratify any findings by the Ombud.

There is also provision for special levies if the CGSO needs additional funding.

Although the aim of the Code is admirable – to improve the rights of consumers and bring certainty to how to deal with complaints – the Code will impose costs on, and require time commitment from, affected businesses. This will be especially harsh for small businesses.
SNIPPETS

We reported previously that a subsidy was available for businesses if they employed people between the ages of 18 – 29.

The subsidy is paid through the PAYE system by SARS and commenced in January 2014.
By December 2014 more than 270,000 people had been employed by approximately 29,000 businesses. This is a very positive response as youth unemployment was running at 70% or 3.3 million people.

We will have to wait a while to understand the full impact on unemployment but common sense tells us that 270,000 young people getting experience in the work place will have positive benefits for the economy and unemployment.

Tax: Delays in the ETCS

Any entity doing business with a state institution requires a Tax Clearance Certificate (TCC) from SARS. The TCC confirms that all of the tax affairs of the business are up to date and in order.
To curb abuses in the supply chain management system, government decided to introduce an Electronic Tax Compliance System (ETCS) whereby government officials could check on an entity’s tax status. The system involved a PIN code being issued to the requisite government officer whereby entering the PIN would electronically display the entity’s tax status in real time. If for example, a taxpayer had failed to pay his PAYE, the ETCS would be updated. Thus, if the taxpayer was owed money, he would be obliged to make good the PAYE before being paid.

The system will also benefit taxpayers as they are saved the process of applying for a tax clearance.

The aim was to introduce this system in the final quarter of 2014 and to abolish the issuing of TCCs by April 2015.

However, the system has been delayed with no date given for implementation of ETCS.

Loadshedding: Are Employees Entitled To Wages During A Power Outage?

Cash-and-Lightbulp We are back to loadshedding and it looks as though it is going to continue for a while.
This brings us to the question of whether employers have to pay workers during load shedding. Legal commentators are suggesting that –

If employees are available to work, then they are entitled to payment. So even if the blackout prevents them from performing their tasks, the employer is obliged to pay wages.
The situation is different for workers who get paid for an outcome (e.g. sales commission). Here there is no obligation to pay if these people come to the workplace.
Should the power outages have a major impact on the workplace, there is nothing to stop the employer from negotiating with employees for lower or even no pay during power cuts. This may help both parties as potentially workers could face retrenchment, whilst employers save on costs.

Labour Law being the specialised field that it is, take full advice on your particular circumstances in any doubt.

YOUR 2015 ROADMAP TO SUCCESS

As we move into a new year, what things should we be doing to get optimum results in 2015? A variety of experts have given advice for the year – here are some of their thoughts

1. Keep it Simple: It’s always good to start with Warren Buffett – the world’s most successful businessman. He says only get involved with what you are familiar with. If you hear a “hot tip” in an area you are unsure of, ignore it – it’s no different to gambling, where we invariably lose. Making money is a long term thing and your best chance of maximising your returns is in the ambit of your expertise.
2. Budget Carefully: Use this process to fully understand your business. Where does your income come from and where are the cash outflows going to? Focus on the areas you control and look for avenues to grow revenue or reduce costs. Over time small items can significantly grow your wealth. Don’t forget how powerful the compounding effect is – 2% now could be quite significant in a few years.
3. Reduce Debt: Remember we have been through an era of unprecedentedly low interest rates. The United States will almost certainly raise interest rates this year and the world will follow suit. The lower your debt, the greater your financial flexibility.
4. Network: One feature common to successful people is their ability to network. The world is changing rapidly and getting diverse opinions will help you get to grips with the important trends which will impact on your organisation.
5. Continually look afresh at your business: On a monthly basis analyse your business. Why are there variances in the management accounts? Is the marketing strategy working? Am I maintaining my sales margins? Remember management is about planning and taking corrective action.
6. Treat Customers like Guests: We always make a special effort when we have house guests. Treat your customers in the same way. If you look after them well, you have gone a long way to keeping them and growing your business with them.
7. Give to a Charity: How much you give is up to you but 83% of people like being part of something that helps the less fortunate. Let your customers know they can be part of a philanthropic endeavour and watch your business grow. 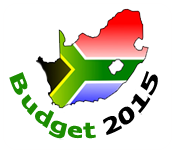 The Minister of Finance makes his budget speech on February 25 and Minister Nene would like to hear your tips for the budget. Follow this link to the National Treasury website to submit your suggestions: http://tinyurl.com/2015BudgetTips.

YOUR TAX DEADLINES FOR FEBRUARY
The second provisional tax payment for 2015 is due on 27 February for provisional taxpayers
Have a great February – and don’t forget ♥ Valentine’s Day ♥ on the 14th!